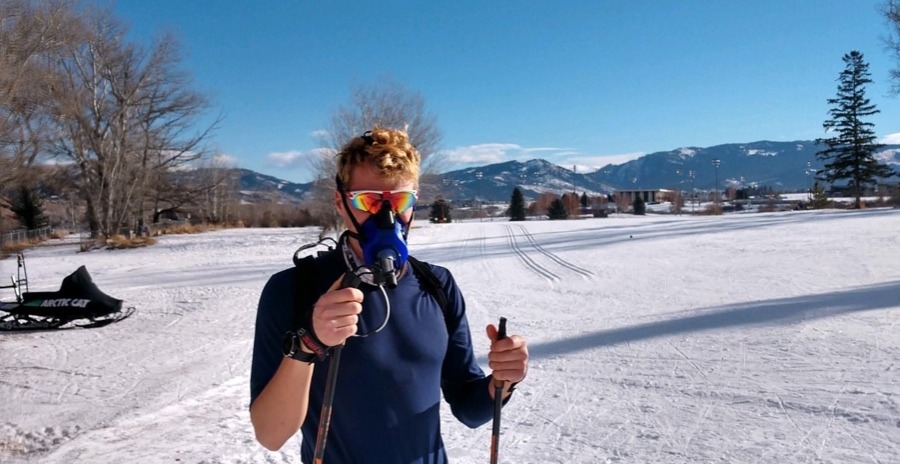 January 3, 2019
With the growth of new field testing techniques and technology, Exercise Physiologists are not constrained to only using lab-based testing. In the following article, I will discuss findings from a day of field testing for an elite Nordic skier. 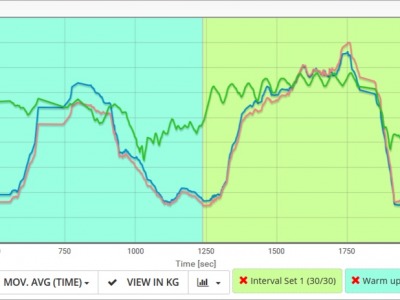 Tom is an Exercise Physiologist at Lone Peak Performance, Bozeman MT.
interested in Testing? Contact Tom at tcuddy@lonepeakpt.com
What is the metabolic response of a skate skiing interval session by an elite Nordic skier?
An exciting role of Exercise Physiologists is to understand the unique metabolic demands of various types of human performance and sport. Understanding such demands influences training methodology so that athletes can excel in competition. With the growth of new field testing techniques and technology, Exercise Physiologists are not constrained to only using lab-based testing. In the following article, I will discuss findings from a day of field testing for an elite Nordic skier.
By measuring the metabolic response of the interval session, we were able to validate an estimate of Critical Power from a previous lab-based VO2max test in this individual. During an incremental treadmill VO2max test in the lab, we observed a plateau of oxygen consumption at 77 mL/kg/min. His 2ndventilatory threshold (i.e. lactate threshold) was estimated to be at 64 mL/kg/min (84% of his VO2max). Although critical power (CP) is most often used in cyclists due to its application of power output (W), we wanted to know whether his interval intensity was above or below his estimated CP. The CP threshold occurs at an exercise intensity approximately halfway between an individual’s lactate threshold and VO2max. With this general parameter, we estimated his CP to be 70.5 mL/kg/min.
Check out video clips of the test HERE!
Since Nordic skiers do not have a valid power measurement (such as a power meter used by cyclists), we tracked output using a PNOE analytics metabolic analyzer and a Polar heart rate monitor. Measurements were taken in Bozeman, Montana (4,793 ft / 1461 m) at approximately 45 F / 7.2 C. The interval workout consisted of 3 cycles of 10 x (30 seconds hard + 30 seconds recovery). We took measurements during the first cycle and halfway through the second cycle.

After a sufficient warm up, the intervals began in a horseshoe-shaped loop with the high intensity portion involving uphill skiing and the recovery portion involving downhill coasting. Oxygen consumption kinetics followed a predictable pattern, such that, there was a fast phase of oxygen kinetics followed by a slow phase (see figure 2). During severe exercise intensity, there is a rapid oxygen consumption (known as fast VO2 kinetics - phase 2), which reflects muscle oxygen consumption. This phase is linked to training status, particularly of endurance-based athletes. In higher-trained athletes, this phase occurs at a faster rate, whereas, untrained individual experience a longer phase 2. This phase is also referred to the “oxygen deficit” of exercise due to the energy systems engaged to meet the metabolic demand of the activity. During this “oxygen deficit,” there is a rapid depletion of substrates including phosphocreatine and glycogen, which causes an accumulation of fatigue-related metabolites.
Figure 2: VO2 kinetics and attainment of Critical Power
Following the “VO2 slow component,” the skier began to reach a level of oxygen consumption near his estimated critical power (70.5 mL/kg/min). After sustaining this metabolic rate for two intervals (interval 7 & 8), there was a dramatic increase in ventilation (VE) and his heart rate began to surpass 180 bpm. This is expressed in figure 3, where we observed that his VE/VO2 and VE/VCO2 began to increase in a non-linear fashion during his last two intervals (interval 9 & 10). Essentially, this individual began to hyperventilate and demonstrate that the exercise intensity that could not be sustained.
Figure 3: Ventilation response to Critical Power
What is happening physiologically at an exercise intensity > Critical Power?
Critical Power is used as a method of predicting time to fatigue at a certain exercise intensity. Human feats such as the 2-hour marathon incorporate this measure as a way of predicting whether or not it is actually possible (and what it will take). For instance, it was estimated that a marathoner would need a critical speed (another way of expressing CP) of 21.1 km/hour to break 2 hours. In other words, this marathoner would need to be able to sustain a 4.57 min/mile pace for 26.2 miles! Although CP is expressed as external power output or speed, this measure may also provide functional benefit to other endurance athletes such as Nordic skiers because it reflects a ‘critical metabolic rate.’ When a high intensity day is ahead of a skier, exactly how hard should they push themselves to get the most out of their session? What is a sustainable pace vs. a non-sustainable pace? How does a Nordic skier learn pacing strategy?
Thomas Cuddy, M.Sc.
Exercise Physiologist for Lone Peak Performance in Bozeman, MT
tcuddy@lonepeakpt.com