Lighting Safety and The Fab 5 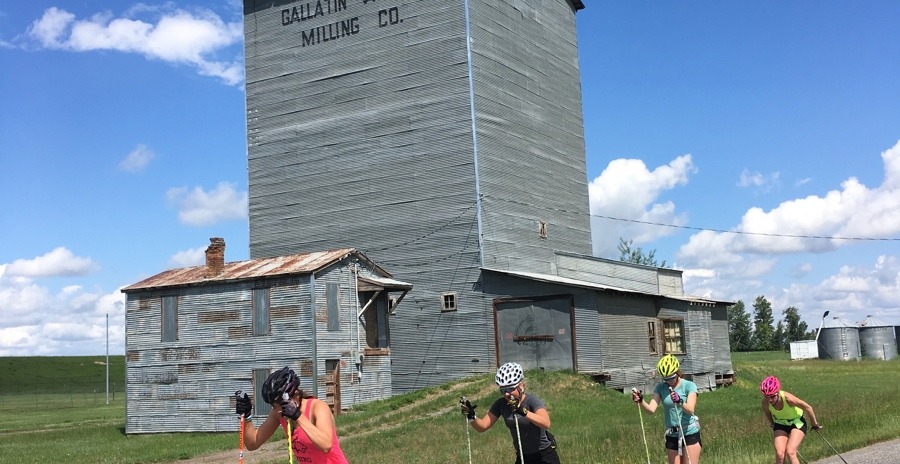 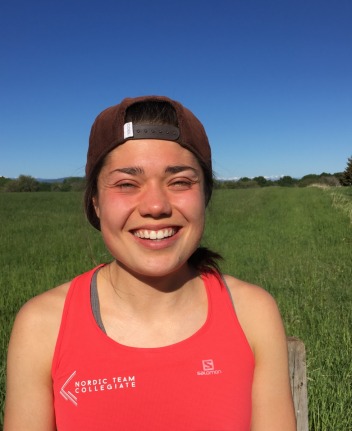 Rolling out of the halfway point, the crew stepped up hours and intensity for the “hard” week. We got to do our first L4 session of the summer, which took the form of 4-5 times 4 minutes bounding. Thunder was rolling above throughout the intervals and lightening followed. Fortunately for me, the lightening came just as we finished the intensity, so I was able to book it down to the car and finish out the workout on the comfort of a spin bike inside. Most others were a little (a lot) more casual about the lightening, but I live by the mantra of if there is literal electricity shooting out of the sky, then I should probably, most definitely, not be outside. Maybe it’s too dramatic of a mantra, but I made it to 21, so I’ll call it good for now.
For July 4th, a few people headed to Sun Valley and Steamboat, but the majority of us stayed in town. We were able to celebrate by watching fireworks from Pete’s Hill or through admiring our neighbor’s efforts. We got back together again on Saturday morning for our second intensity session of the week. We got to do between 30 and 40 minutes of 30 seconds hard/L4 and 30 seconds easy, continuously. Despite, the 30 seconds “on” being hard, the overall feeling was more of a threshold workout because of the constant switch between hard and easy efforts. 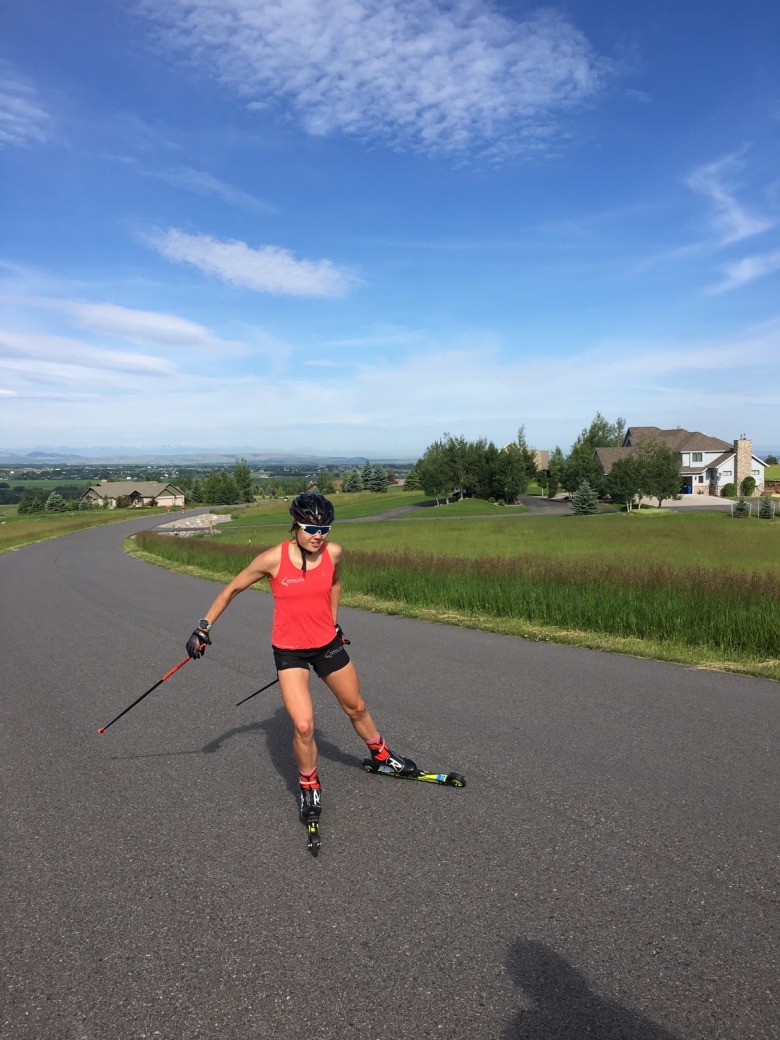 To close off the week, we drove out a little past Livingston to McKnight Peak to do a run/hike OD. On our way to the summit of 10,300 ft, we did a true scramble up rocks and boulders before making our along the ridge. The view was spectacular no matter where you looked, as long as you looked up. I made the mistake of looking down and seeing the steep drop-offs--not as welcoming as the blue sky. After the summit, we glissaded down the large fields of snow, scrambled up some more steep pitches, and ran back down to the van. To mark the end of the week, we stopped at Mark’s In and Out on the drive back to enjoy some well deserved pizzaburgers, cheeseburgers, and some peanut butter milkshakes. 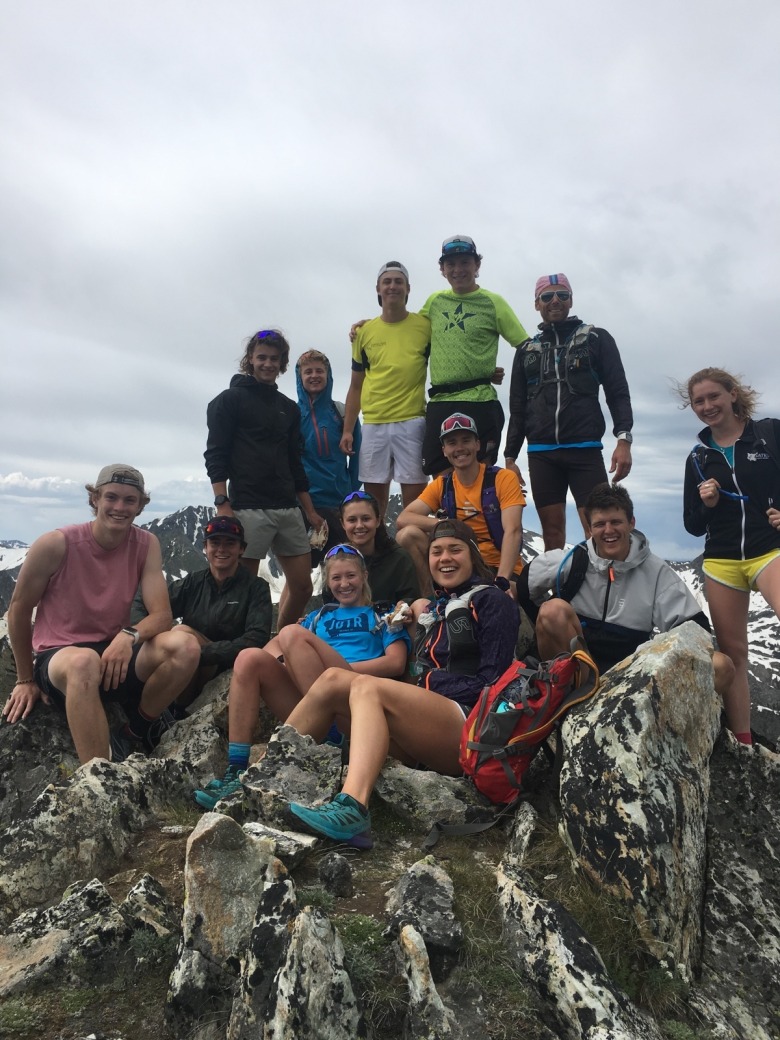 Moving into “easy” week, we are focused on recovering and absorbing all of the training we have put in the past two weeks. I have used my extra free time so far to learn about lightening safety, go to yin yoga where I pretty much pay to lay down, and watch a few extra episodes of Queer Eye. As Jonathon would say “Spray, delay, and walk away.” 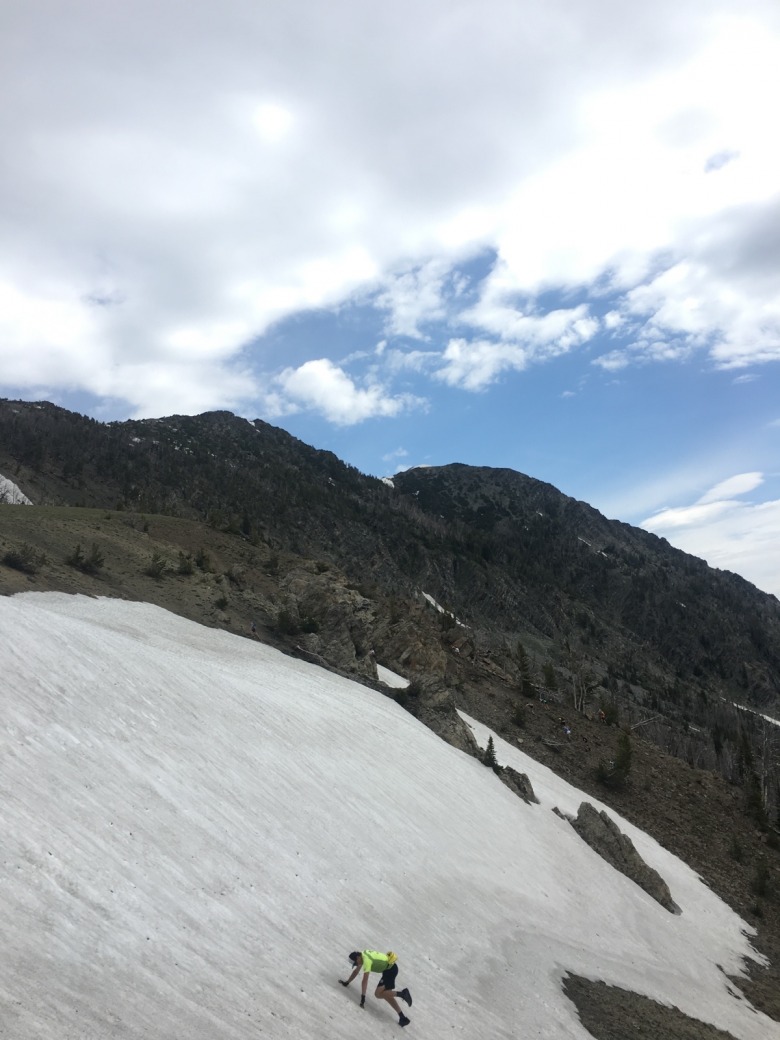