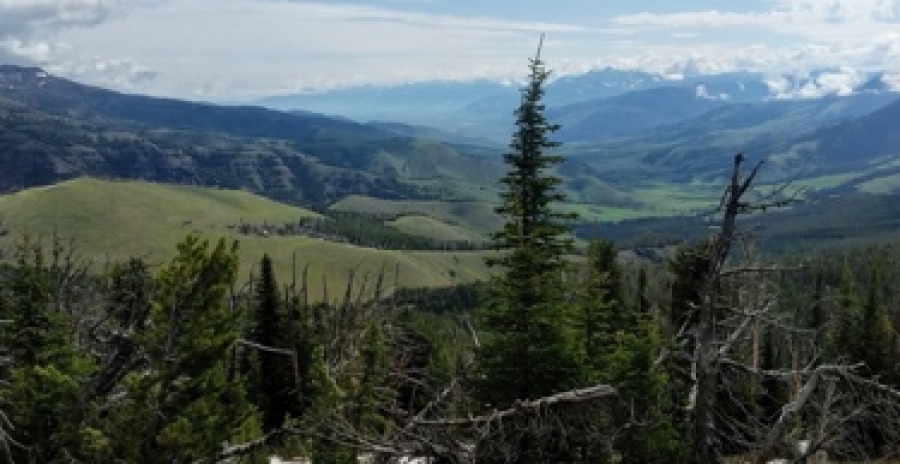 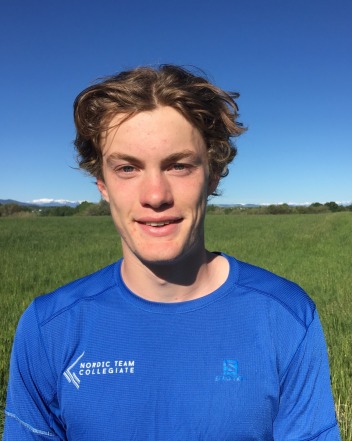 With the second week of NTC training underway, the team was in for a big week of intervals and long distance workouts. Starting where Olivia left off, Thursday started with a scenic distance double pole up Hylite Road. This road started off gradual and stayed at a fairly consistent grade up to the top. This took about an hour and a half to ski to the top, then came the long ripping downhill that took the remainder of the two hours to complete. In the afternoon, Conor, Elliot and I went for a short jog around the MSU campus just to shake the legs out.
Friday was a double OYO training day, which left a lot of opportunity for the boys to go out for a long shred on the saddle. First we went for an hour long run around the Bozeman bike paths scoping out some of the community gardens and parks. After a tasty lunch consisting of ham and cheese with some greens on the side, Conor, Elliot and I loaded Karen (Conors car) up with the whips and set off for Copper City. After the 40 minute drive we met up with Foss and Andrew and went out riding. The ride had its moments on gradual terrain but also on super steep rocky terrain, we rode it all. The ride was a fun two and a half hours. 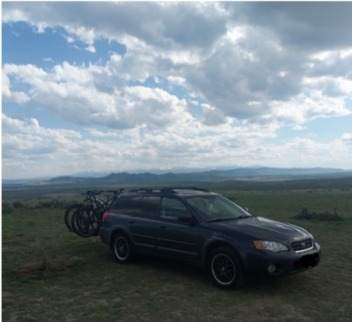 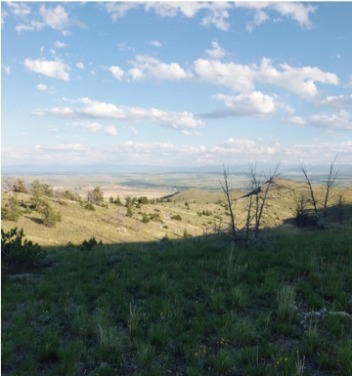 (Karen all loaded up with the bikes)             (View of over the hill seen from the parking lot)
Saturday was a classic intensity day, boys did about 45-50 min of L3 and girls did 35-40 min. These were mostly striding intervals especially at the end because it got steep. Saturday afternoon after another nutritious lunch we had a strength workout at the Mountain Project. This strength was solid all around, nice upper and lower body strength with of course a killer core at the end.
Sunday morning was earlier than usual because we were traveling for an OD run. We met at Andy’s house at 7:15 in the morning and all piled into his 12 passenger 1997 green Ford Club Wagon. We drove an hour to the edge of Yellowstone National park, and about a mile inside the border we parked and set off on the run. The first 3 miles were gradual uphill single track, soon after that changed into a steeper climb. After two hours when we reached the top at about 9000ft elevation, we headed back down onto the ridge which we ran on for a while slowly making our way back to the cars. The downhill was yet again a slippery single track. The last mile or two was on the main road that went through the valley there. After getting back to the van we ate our snacks and packed up headed for Bozeman. I enjoyed the afternoon off where I prepared for a week of recovery training, and absorbing the previous weeks hours. 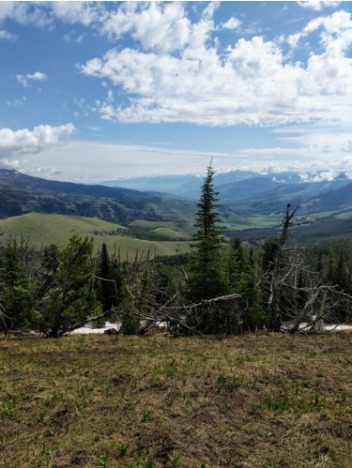 (Photo from the top of the ridge)
In our off time we have been enjoying each other's company, and will continue to do so for the next 6 weeks! I hope you enjoyed reading up on how our second week of training has come to an end, as always tune in next week for another stellar blog written by another one of NTC’s ski stars.
Share this article

Back to Blog
Previous Post
June 21, 2019
Exploring Bozeman