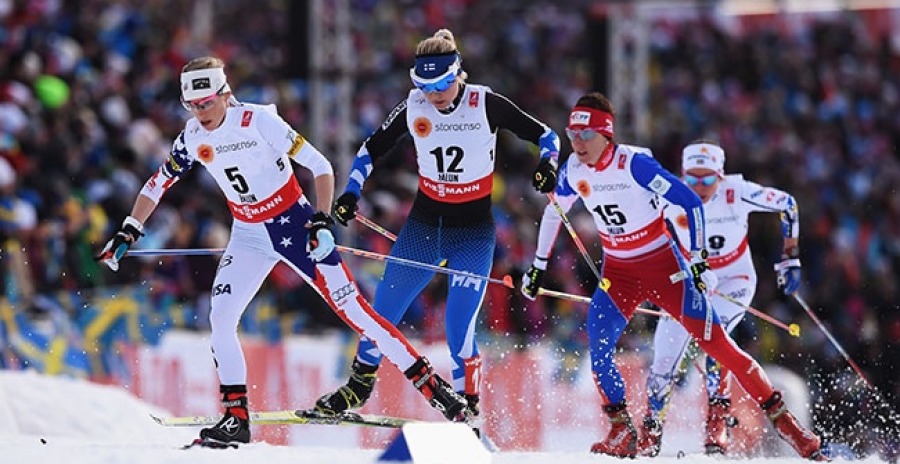 ILLIOTIBIAL BAND SYNDROME (ITBS), PART 2, REHABILITATION STRATEGIES
*See Kurts full article inside Member Resources
In part one of this topic posted December 10,2018, we looked at the anatomy, kinematics and pathomechanical inputs to the Tensor Fasciae Latae (TFL) and it`s associated ITB. This segment will look at further management strategies with a focus on rehabilitative and prophylactic exercise. These interventions serve a dual purpose. They can facilitate rehabilitation, as well as form the foundation of a sound hip strengthening program.
In part one we compartmentalized athletes into two separate groups at risk of developing ITBS (Illio- Tibial Band Syndrome). Generalizing orthopedic populations is often met with frustration when “textbook” approaches to symptom management fail to produce wanted outcomes, but for the sake of discussion we will describe two common scenarios.
The first group will be those athletes who fall into the “ hypermobility” and “genu valgum” classification. Rehabilitation strategies and focused exercise examples follow.
(Managing the second “hypomobile/genu varum” athlete will be addressed in a subsequent article.)
Example: Teresa Stadlober of Austria,”hypermobile”.
As you observe the video below note her reluctance to move out of her flexed torso position as well as core movements out of neutral in the transverse and frontal planes. The internal rotation of her femur as she loads her poles produces inward collapse of her knees (valgum) and resultant pressure on her inside edges likely affecting guide. It follows that she is pronating excessively at the midfoot adding to this inward “collapse” of her medial column. Pronation is an obligatory response to the more proximal internal movements.  All of this dynamic “instability” necessitates a high tempo to make up for abbreviated glide. Stadlober simply initiates her propulsive stage to early and abruptly in the cycle. Joint positions are not controlled statically nor are they dampened or decelerated once underway. Her talent on the world cup is perhaps more metabolically driven , than kinematically linked.
https://www.youtube.com/watch?v=fbGhMUzcg4Y&feature=youtu.be
So what are the potential pathomechanical inputs to the ITB as a result of the technique demonstrated above?
The TFL proximally (at the Greater Trochanter) and ITB distally (at the lateral Tibial Plateau) come under significant compressive and frictional load in the transverse plane because of the uncontrolled internal rotatory motion of the entire lower extremity. Both proximal and distal regions are at risk of developing structural damage and inflammation.
The fix for the athlete suffering from ITBS with similar mechanical characteristics is to enhance posterolateral column strength, endurance and dynamic stability. The selected modes of contraction should be specific to the regional task. Isometric work for the core helps stabilize ones center of mass thereby delaying the inward rotation of her hip and thigh. Sixty second efforts x4 are reasonable. Eccentrics for the hip and leg groups help decelerate the rotational motions once they commence until final inside edge set is desired.  Reps and sets should be “high”(ie 12-20 reps x 4-6 sets),as an endurance component must be addressed in addition to raw eccentric strength.
The target muscle groups are as follows;
-       Internal and external obliques
-       Para spinal groups
-       Thoracolumbar fasciae ( via the lat`s)
-       The superior Glut Max and deep external rotators of the hip
-       Glut Medius
-       Posterior Tibialis
The trick is to select exercises that have contractile recruitment sufficient to enhance conditioning without adding to TFL and ITB compressive load.  We also want to isolate the hip groups listed above without co-activating the ITB complex. This is accomplished most effectively by flexing the hip and knee during gluteal resistive activities. This shortens the ITB complex, limits the Tensors ability to contract and if one stays away from repetitively passing through 30 degrees of knee flexion (as referenced in part one) limits lateral knee ITB friction.
Loads of 45-50% of a muscle `s One Rep Maximum (1 RM) have been shown to produce sufficient stimulus for strength gains in most individuals (Anderson et al 1982, Gettman et al 1978, Sale et al 1990, Stone et al 1994). These loads can be expressed via Electromyographic (EMG) signals and anything greater than 45% MVC (Max Volitional Contraction) is capable of resulting in desired changes.
Selkowitz D et al , in the Journal of Orthopaedic and Sports Physical Therapy, Feb 2013 published an excellent study entitled, “Which Exercises Target the Gluteal Muscles While Minimizing Activation of the Tensor Fascia Latae? Electromyographic Assessment Using Fine-Wire Electrodes.” They utilized the % MVC via EMG activity referenced above as the criteria for selecting effective exercises.
Using 20 subjects (10 male 10 female) they identified five commonly used rehabilitation exercises, that when performed with attention to hip and knee angles (ie flexion component), had excellent isolation of the Gluteals and rotators without Tensor muscle contribution. Resistance sources can be incorporated.
They are listed below; 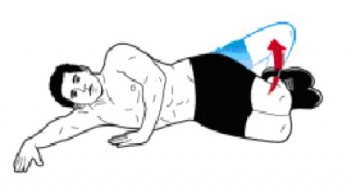 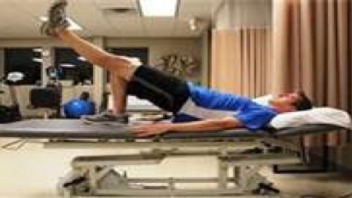 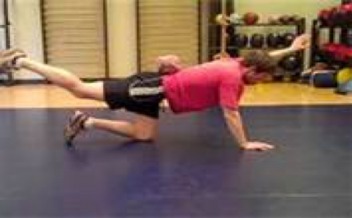 To address lateral core stability, there is probably no better choice than the side bridge exercise performed with the knees flexed to 90 degrees. Investigators such as McGill, Ekstrom, and Cholewicki have complied vast amounts of data looking at what commonly used core exercises have a high level of recruitment while limiting adverse structural load to the spine itself.
The side plank/bridge is just such an exercise. Variations have repeatedly been shown to activate the paraspinals and obliques as well as the lateral hip while limiting discal and facet joint loads. In keeping with the isolation of the gluteals and negating ITB inputs , the knees should be FLEXED TO 90 DEGREES when performing side bridges. Clamshell movements can be incorporated on the “up side” to add a degree of difficulty and recruitment. Contractile mode should focus on isometric holding activity initially and gradually building in a concentric component. 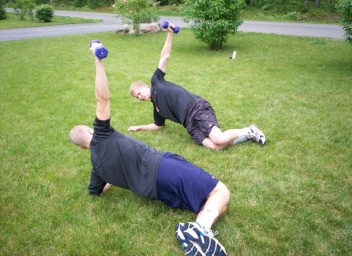 Side Bridged with knee flexed


Lastly, we must address the foot and ankle. Rotational forces from the ground up also add to tibial internal rotation and hence friction of the ITB at its distal insertion. As in running, pronation while skiing is a necessary component of the kinematic cycle. It allows for a powerful toe off and /or engagement of ones inside edge. It also turns the foot and ankle into a “subtle” structure which adapts to contour changes in terrain and assists with balance. The problem lies in the rate and extent of the pronatory motion.
The Posterior Tibialis is the primary dynamic restraint to pronation of the midfoot. As with the external rotators or the hip, it must be trained eccentrically to slow the rate of pronation. Tubing inversion exercises with a focus on the eccentric component of the movement is effective. 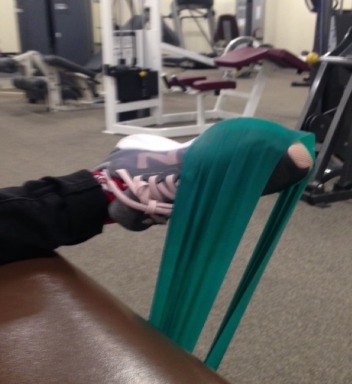 The extent (termination) of pronation is best addressed with a custom orthotic prescribed by a Sports PT (SCS), DPM or physician familiar with biomechanics and specifically Nordic skiing. Excessive correction (posting) or inappropriate material selection can impede guide or limit impulse during kick in classic skiing.
In summary, the rehabilitation of ITB Syndrome in the “hypermobile” athlete is centered about controlling excessive multiplanar rotational movements of the kinetic chain, from the core distally to the foot.  By enhancing strength, specific firing patterns and modes of contraction of the lateral core, external rotators and gluteal groups of the hip, the TFL and ITB can resume it`s role as a passive restraint verses a prime mover and stabilizer of the hip and knee. Subsequently, the inflammatory process is allowed to resolve. The exercises described may also be incorporated into ski specific conditioning programs.
Next up, the management of the “hypomobile” athlete with ITBS. Check back!
Share this article

Back to Blog
Previous Post
January 2, 2019
FiRst Month FRee